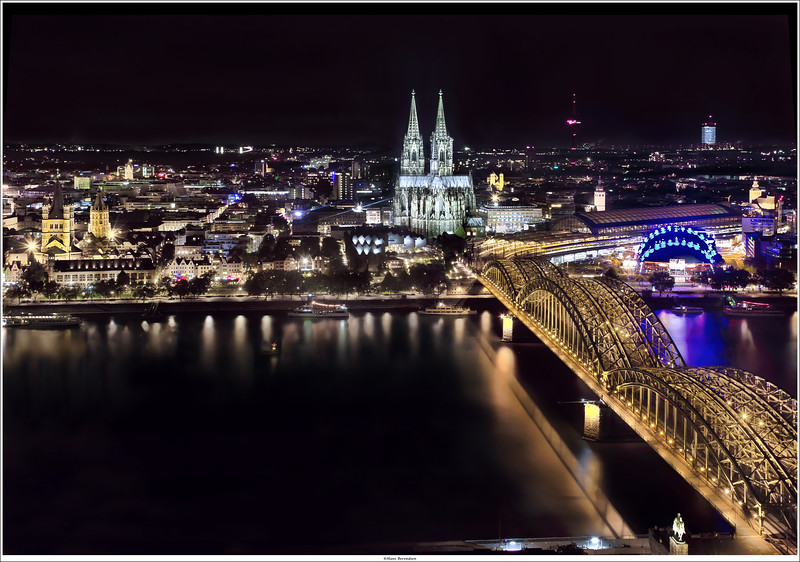 View on the grand Cologne Cathedral from the Köln Triangle tower

Cologne by night captured in a 3-shots (from behind a glass wall) HDR, as seen from the "Köln Triangle" tower which stands 103 meters tall at the east bank of the Rhine

The Hohenzollern bridge crosses the river Rhine while heading towards the grand Cologne Cathedral: the main tourist attraction in Cologne which truly is of architectonic grandeur.
Following the bridge and turning to the right you see the Central Station and the Musical Dome with its blue lights. Turning left, you see the Museum Ludwig with its oddly shaped roofing and the Great Saint Martin Church.